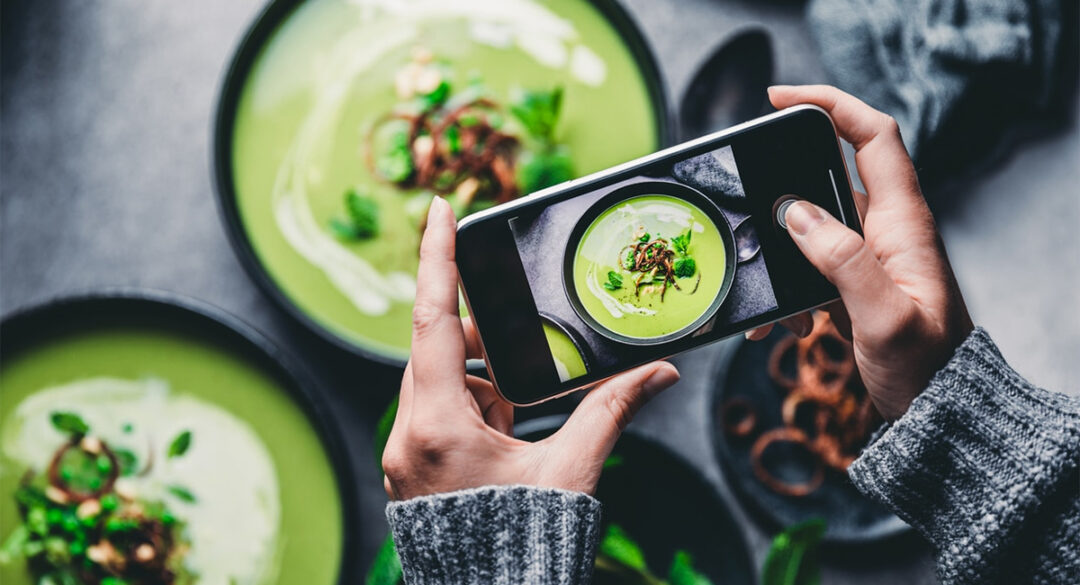 After doing a few interviews with hypnotherapist Zoë Clews, specially the one on the perfectionism crisis, it got me thinking about my own social media. So today in my video, I want to set the record straight as it’s important to me that I don’t give anyone the wrong impression. You can watch it here:

Zoë has also written an interesting piece to complement the video on a current trending hashtag on social media about #thatgirl. Girls who seem to eat perfectly, exercise perfectly, dress perfectly and who are seen looking great and doing things to improve wellbeing all day every day. It’s completely unrealistic, because who has the time and the money to do that all day? But is what we see the real truth?

This trending hashtag refers to quite young women but it applies to many people I think. People who always seem to be on holiday surrounded by friends and of course, looking super slim at all times. It can affect us in a very negative way because it can make our lives seem so inadequate. But what we see on social media is hardly ever the complete truth. Here Zoë talks more about it.

Even those without a Tik Tok or Instagram account can’t have failed to notice the increasing appearance in daily life of the #ThatGirl hashtag that has overrun the lifestyle media online, in print and across television.

For those who have either managed to miss it, or who have seen the phrase but don’t know what means, the #ThatGirl is the hashtag that’s been given to a lifestyle revolution among young, digitally active younger women promoting what can only really be described as a seriously hardcore healthy lifestyle.

High intensity workouts, the consumption of litres of water, gratitude journals & seemingly endless time to do it. Watch any #ThatGirl Tik Tok video and you’ll realise that she always makes her bed.

It’s a lifestyle whose central tenet claims to be the promotion of good health achieved through ultra-clean living and ultra-clean eating. A world of perfectly laundered branded gym clothes and high-end shopping, of branded leisurewear and an iced oat chai latte before that 6am SoulCycle class.

That girl has her life completely sorted

Optimal physical health, high productivity, strong emotional wellbeing, kind, compassionate and a shining example of something everyone could and should aspire to emulate.

On the surface, there’s nothing wrong with that

Being fit and healthy, both emotionally and physically, and grateful for the fact is nothing to be ashamed of. Ditto being a kind and compassionate human being with a good work ethic.

And if you can inspire others to re-engineer their lives in the same way, then the world necessarily has to be a better place, right?

Well, yes. Except that as with most things in life, it’s never quite that simple, and the truth behind the public façade of the young woman you see on YouTube or Instagram is often very different to the life that’s being led behind it.

In fact, I’d go so far as to say that in a great many cases this public devotion to ruthless clean living is actually just a mask behind which resides someone who may have the physique of a goddess but might also struggle with perfectionism addiction.

#ThatGirl is, I could argue, the inversion of wellness

Look, no one in their right mind is going to argue that eating well and taking exercise isn’t very good for you, and most of us would probably benefit from doing a lot more of both.

But … there’s a very, very thin line between a commitment to improved physical wellbeing and the misery of debilitating obsessive compulsive disorder (OCD) or, equally bad – or perhaps worse – a destructive coping mechanism that disguises a very real mental health crisis.

The purpose of this article isn’t to shame. It’s to help us all to understand that the life you see on your screen isn’t always everything it purports to be – and that behind the camera is often someone who is fighting to discover her own value and self-worth.

That should never be belittled or minimised.

This will stop the promotion of false realities and misplaced hope.

It is the power of social media to influence and the voracious need for approval and applause it breeds that is what makes the ‘That Girl’ movement so insidious and – let’s just put it out there – dangerous.

The travesty here is that in the right hands, social media could easily be an unstoppable force for good in our world. Unfortunately, it has fallen into the wrong hands, and its users have been conditioned to define the rewards of using it not in terms of the selfless kindnesses it makes possible, but in the number of thumbs they receive.

Look at me. Aspire to be me. Approval and applause.

In this manner, financial and personal self-aggrandisement, rather than humility, is the stock-in-trade of social media, and ‘That Girl’ is merely the latest fad that leverages the commercial opportunities that drive the revenue models of the social media machine.

Tik Tok and YouTube are chock-a-block with content that sells you the secret of ‘how to be #ThatGirl’, or ‘what I eat in a day’ and ‘my weekly exercise routine’. This content is easily monetised, because if feeds off the low esteem of the people who swallow it whole.

The #ThatGirl lifestyle is neither realistic nor sustainable

It risks promoting restrictive and potentially damaging eating and exercise choices and inhibits the more important process of living the life you’ve got rather than chasing the life you want.

Expecting it on a daily basis even more so.

I would have been #ThatGirls age in the 90’s – a decade when going to the gym was generally seen as a bit weird.

My 90s decade was one of trying to fit my dead-end temping job in the music industry around three-day benders and gale force 10 hangovers.

In the 90s, the thought of drinking a spinach smoothie or existing on avocados would have been nothing short of insane. My vegetable and fruit intake was limited to Sunny D and its convenient blend of oranges and vegetable oil, and my concession to wellness was the occasional glug of tap water brought on by a desert-scale thirst.

That might have been glorious fun at the time, but it was unsustainable and might well have killed me had I not made some much-needed changes. As lifestyles go it was no better than #ThatGirl’s.

I look at the 90s and I look at today and I wonder if we’ll ever learn how to find the right balance.

Capitalism thrives in the #ThatGirl narrative

And when it goes wrong, it does so spectacularly, as Celia Learmouth and Belle Gibson have proved in the relatively recent past.

Celia Learmonth amassed 200,000 Instagram followers for her London Fitness Guide account, on which she promoted her supposedly super-healthy lifestyle.

At 21 she has barely started her adult life, yet such was the pressure to live up to her own mantra that she existed on avocado and eggs and a ferocious exercise regime to maintain her lithe physique.

Recently, she admitted to her followers that she was seeking help from a private clinic for an eating disorder.

There’s no end of bravery in doing that – it takes courage to embrace your own mental health and dismantle the existence you’ve spent so long building, and I admire her hugely for it.

But it highlights the fundamental risks of going down the #ThatGirl road in the first place, as does Belle Gibson’s story, which shows us the gossamer-thin façade on which some of these influencers build their followings.

Belle’s followers were enraptured by her story of how she healed her brain tumour, liver, kidney, and blood cancer through radically clean and minimalistic living.

She claimed she had rejected traditional chemotherapy treatment

Turning instead to exercise and a plant-based, gluten-, dairy- and caffeine-free diet.

It was a story that landed her a deal with a recipe app, The Whole Pantry, which gained 200,000 downloads just in the first month of release. In March, she admitted that the entire story of her cancer and its clean-eating cure was a lie.

Far from being a movement to inspire, #ThatGirl has instead become just another social media craze designed to help young, media-savvy people get rich very quickly by dialling in to the emotional and physical insecurities of the easily led.

The net result? A lot of people – both in front of the lens and behind it – who get hurt emotionally or physically, or both. It’s worth remembering – always….

You can spend hours researching reputable sources for safe and effective ways to achieve a healthy lifestyle, and none of them will promote any of the regimens you’ll find on #ThatGirl YT, Tik Tok or Instagram accounts. And there’s a good reason for that.

In the end, having a healthy lifestyle is about eating sensibly, exercising regularly, getting good rest, and doing your best. And your body and mind really don’t care if you do that in branded seamless booty shorts or an old pair of fraying sweatpants you just dug out from the bottom of your wardrobe.