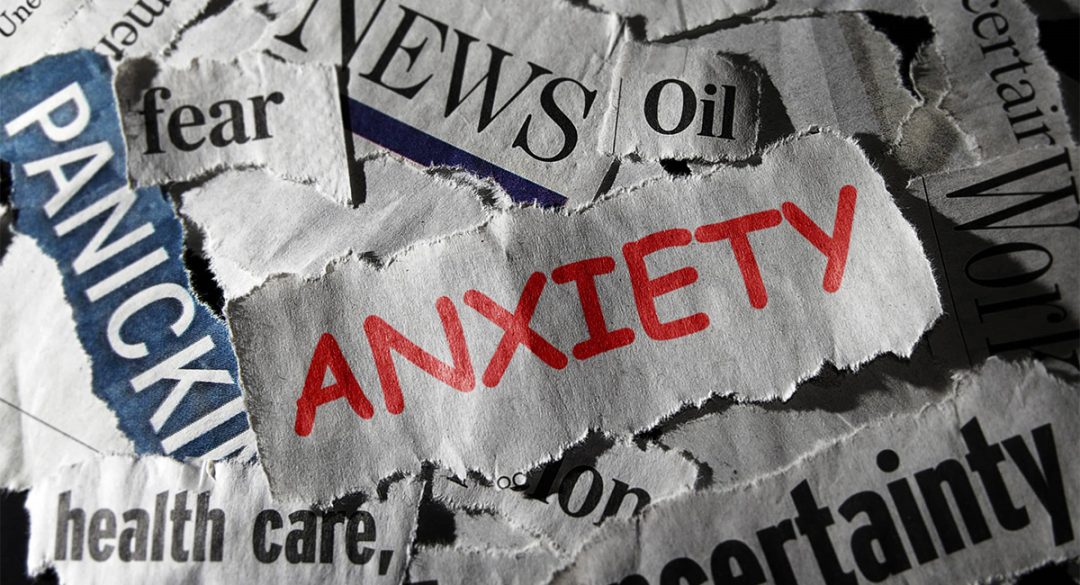 Could our relationship with the media by the most toxic in our lives? And if so, how is it affecting us?

Hypnotherapist, Zoë Clews, takes a good look at this important subject and shows us how to create a healthy balance.

If you thought the relationship between Johnny Depp and Amber Heard was dysfunctional, what if I told you that the chances are you’ve been involved in a long-term relationship that puts that couple’s weapons-grade levels of toxicity into the shade by comparison.

Our compulsive obsession with the constant stream of bad news being delivered to our social media and news accounts – or doom-scrolling as it’s often called – has been shown to have a seriously detrimental impact on our emotional well-being. Yet we persist.

That notification ding! is like catnip for the modern human

The screen illuminates and, like Pavlov’s dogs, we’re reaching with thumbs cocked to pull the latest piece of national or international misery into our lives.

As long as four years ago, way before we were confined to our homes with little else to do than consume an endlessly depressing feed of covid infection rates and nonsensical arguments over whether serving a scotch egg at a golf club during lockdown constituted the substantial meal required to allow people to gather there.

We’ve known for a good while now (and scientific studies have proved) that social and news media is terribly bad for our health.

But even knowing that every upward swipe and each chime at the start of News at Ten was damaging our mental health, we continue to crave a continuous media fix.

But equally – and without being an apologist for the vulture-like feeding frenzy of our popular media – there’s also an old piece of cultural wisdom that says we get the news media we deserve.

That certainly seems increasingly to be the case. And why would it not be? Markets adapt to fill the hole created by demand, so it stands to reason that if we keep creating the demand for bad news, media channels will continue to deliver it.

In a recent report entirely devoid of irony, the BBC – a serial purveyor of some of the most relentlessly depressing news imaginable – examined the impact of negativity bias and concluded that our innate attraction to bad news means we become more or less oblivious to the more upbeat (or, at least, less depressing) news that’s around. Their conclusion?

It also subconsciously sees us viewing our own lives through a similar ‘misery lens’ (my phrase, not theirs) in which the hand we’ve been dealt appears less worthy or fulfilling than it really is.

All of which begs the question: if the news media knows that the constant fear and misery it peddles is bad for our mental health, why does it continue to force-feed us an apocalyptic agenda?

Why do news channels not seek to at least dilute it so that we might wean ourselves onto a more satisfying and uplifting diet?

What is it about our own DNA that makes us binge on misery?

The truth of that, I think, is that bad news is addictive. We have become a voyeuristic species that sustains itself in the proof that however bad our own lives might appear, there is always someone worse off.

Whether it’s Katie Price’s ongoing emotional health, David Walliams badmouthing a contestant on Britain’s Got Talent, watching someone dangling off an M25 gantry because they got hot under the collar over an ill-informed Daily Mail story, or devouring the latest coverage of an MP claiming Google Search inexplicably translated ‘agricultural tractors’ as ‘women with big tits’, we just can’t get enough of other people’s misfortune.

Schadenfreude is toxic, but its effect is the same as crack cocaine

How else do you explain one of the UK’s most despised politicians of the past two years being reportedly paid £400k to be gifted the oxygen of publicity by Ant & Dec on primetime TV?

Some might argue they’re only watching this year’s collection of Z-listers because it’s a rare opportunity to deliver their verdict on him directly – but really, they’re watching because they want to see him suffer.

That might be vaguely satisfying for some people but in reality, it’s simply legitimising previous behaviour that as a society we were broadly unwilling to tolerate at the time.

We could also argue that any shot at redemption should come with sincere and heartfelt penitence and repentance – not from eating a cow’s vagina whilst sliding a £400k cheque into your back pocket.

But individual personalities should not blur the critical issue at stake here, which is that what we pay attention to grows. The decisions we make about the news and media we consume confer a level of importance and status on that content.

Once upon a time, in your grandparents’ days, the notion of being aware that there is always someone being worse off than you were designed to help us to be grateful for what we had; a sense that the greater suffering of others should serve to put our own trivial battles to shame and inspire us to make the most of the opportunities we were lucky enough to receive.

No more. Now we pore over social media and the news channels to find reassurance in the misfortune of others. Perhaps that’s the same side of the coin; it’s just that the filter we apply is more cynical.

One of my favourite maxims in life is that if there are two ways to interpret something, and one of them makes you sad, choose the other one.

These days we seem hellbent on seeing the worst-case scenario

We seem incapable of applying logic and reason to the news we consume, affording equal weight to real and fake news alike.

How many times have we read one of those clickbait stories about 10 everyday activities that will give you a heart attack/cancer/diabetes/a stroke/dementia (delete as applicable) and then palmed that off on a friend as a legitimate piece of news or information?

When did we stop being intelligent, thinking, rational individuals?

When did we abandon the natural curiosity that has underpinned humankind’s pioneering spirit? When did we decide it wasn’t worth raising a questioning hand when someone told us that wearing tight underpants causes testicular cancer?

In the space of one week fairly recently The Daily Mail ran a story that eating breakfast increases the risk of a heart attack. A few days later it ran another story saying the exact opposite.

I’m not suggesting for a minute that bad, depressing or serious news has no place on the agenda. Far from it, in fact. As a society, we need to be well-informed and alive to the uncertainty that exists in the world around us, especially now.

But we also require a relationship with the media channels we consume in which a level of circumspection exists. There are bad things – terrible things – going on in the world, but that doesn’t mean the world is an inherently bad place.

And even if you believe that the world is uniformly dark, do you not also believe that we have the collective power to make it better, even if only by the smallest margin? Or is our incessant clamour for the misery show really just a signal that we have all but given up hope for society?

So, what can we do to dial down the fear and the dread and anxiety?

How do we move the needle and edge it closer to a healthier balance?

First, I think we need to understand and recognise that every time we doom-scroll or watch the parade of misery on whatever news channel or endorse the xenophobic extremism of some of our less diligent newspapers by buying them, we are validating their editorial judgement.

We need to become gatekeepers for our own mental health

We do that by fundamentally understanding the personal effect that bad news has on us.

If you find the news depressing and it makes you anxious, you have the power to change that narrative. Free will. Along with the boundaries we create that protect us from the world, free will is one of the superpowers of humanity.

If everyone decided to get off Facebook until Mark Zuckerberg and his cronies clamped down on the toxicity of their platform by verifying its users and making them accountable, the trolls and the haters that fuel those social fires would be jettisoned in a heartbeat.

If everyone stopped buying newspapers that peddle endless ill-informed misery, those papers would soon make different and better editorial decisions.

The media is the mirror we hold up to ourselves

I think that for a great many of us, what we see staring back at us is pretty ugly. Worse, it’s harmful and debilitating and it’s making the world we live in a more frightening and uncertain place than it really is or needs to be.

I think we all deserve better, don’t you?