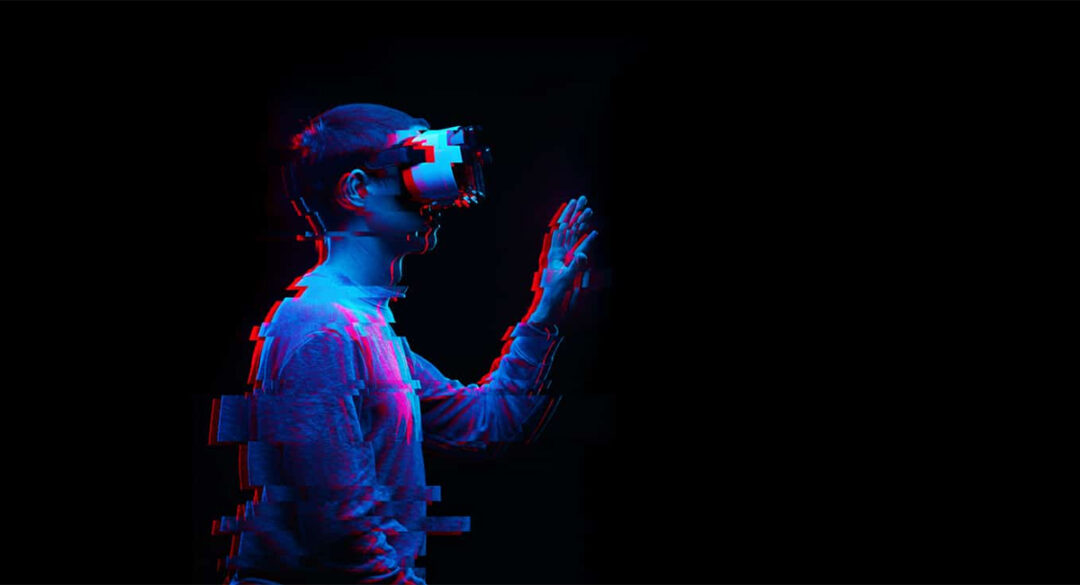 Since the pandemic started, doesn’t it feel like we’ve been transported into some kind of science fiction scenario? Silly old movies now seem to be becoming a reality.  The world feels different and alien in many ways. Social media has become even more powerful and influential, as have the billionaire founders of these companies.

Anyone who’s on social media will know that there are many benefits but there’s also a downside. Besides the horrendous trolling, racism and mysogeny, there’s also the loss of real human connection. It’s so easy to neglect our relationships with family and friends and lose ourselves down the virtual rabbit hole.

Is this a good or a bad thing? Hypnotherapist and trauma expert, Zoë Clews, gives us her insightful thoughts on what could lie ahead in the article below.

There were two Facebook-related stories that found their way into the news over the last couple of weeks. You likely saw one and missed the other – but together they represent a grim warning about the role social media will play in our future mental health.

The biggest story of all revolved around Facebook’s announcement that it was now funnelling the majority of its time, money and effort into what we currently know as the Metaverse.

The second story – the one you may have missed – is immediately more sinister on its own, but when viewed through the prism of a voraciously expanding social media monster that’s high on ambition and low on morality, takes on an even more ominous look.

You see, it turns out Facebook has been playing fast and loose with the truth on some pretty important things. I know, who would have thought it, right?

If, like me, you’re interested in such things, you’ll know that about six weeks ago an in-depth investigative report carried out by the Wall Street Journal resulted in a series of damaging reports known as the Facebook Files.

To go into all the details of that series of articles is impossible here, but if you weren’t already aware of the WSJ’s reporting, all you really need to know is that the paper managed to get hold of a raft of Facebook’s internal presentations and reports that pretty much confirmed what we all thought we knew.

Instagram in particular, but FB as well, is harming the mental wellbeing of young people

This was found to be particularly harmful to teenage girls. The impacts of this related to body image, anxiety, depression and suicidal tendencies.

This, it’s worth stressing again, isn’t allegations levelled by Facebook’s army of critics. This is a summary of their own internal findings.

Concerning though the impact of Facebook’s channels is, it wouldn’t be quite so worrying if Facebook had then actually ‘owned’ the story, held its corporate hands up in a show of mea culpa, and then gone on to outline the steps it was taking to address the problem.

Instead, Facebook did what it always does and hid behind a wall of obfuscation, distraction and defensiveness, countering that the reports were taken out of context, that the findings were subjective, and that nothing about Instagram could be unequivocally proven.

It then went on a smear campaign to discredit the whistle blower who had leaked the internal documents to the WSJ.

And whilst Facebook may be technically correct on the issue of context, subjectivity and proof, it is nevertheless disingenuous, because Facebook had sufficient concern about its platforms in the first place to do the research that found its way to the newspaper.

So, what does this have to do with the Metaverse? Well, lots, because if we think things are bad now, the mental landscape of social media is about to get a whole lot worse if Facebook – or Meta, as the corporate business will now be known – has its way.

We need to understand what the Metaverse actually is

And that’s a little tricky, because as yet no one really knows in any real detail.

But it’s enough for the purposes of what follows to say that the Metaverse is a virtual world in which users will be able to user avatars of themselves to interact with real-world objects and experiences (and other avatars – which, in effect, means your friends and other people).

If you have a teenager who spends their time locked in a room playing Fortnite or Roblox, then you already have a visual reference for what the Metaverse might look like in dynamic terms (3D worlds that can be ‘lived’ in). But now expand that and think about worlds that will, to all intents and purpose, look, feel and maybe even smell real.

This is the point at which we start to see not just the opportunity (which is where Facebook’s gaze is focused), but also the threat.

Yes, there will be controls and hopefully these will filter out the very worst of what might be, as they generally do now.

But if Facebook (and you, too, Twitter – we haven’t forgotten about you) can’t get their house into order in the current version of the digital world they operate, what hope is there that they can control the behaviour and actions of people in a world they admit themselves they don’t yet understand?

In announcing the change in his business’s direction, along with the change of name that absolutely ties it to its new chosen path, Mark Zuckerberg boasted – yes, that’s the right word choice here – that his company was ‘… prepared to lose a lot of money’ to deliver its vision.

I find that utterly terrifying. Because when Zuckerberg says he’s prepared to lose a lot of money achieving something, it’s because he knows full well he’s going to make it back ten, twenty or one hundred fold. Zuckerberg and Facebook don’t lose money. It’s not in their DNA.

So, if the Metaverse is going to be a reality within the next decade, as Zuckerberg claims it will be, and it’s built by a company that is already aware of the damage its product does but chooses to deny or ignore it because it doesn’t know how to deal with it effectively, what does that mean for us?

Let’s ignore the toxicity of the current Facebook experience and the scope for it worsening in a Metaverse environment. Let’s look instead at the human experience.

In a virtual world we don’t create human connections

Behind the veil of virtual existence we no longer display the vulnerability that creates intimacy.

But a virtual world is also a bolthole for the socially anxious, who will be further encouraged to seek refuge in their alternate world and avoid connecting in their real world.

The Metaverse therefore has the potential to further ratchet up emotional conditions that debilitate and limit future happiness.

It’s also hard to believe that the entry point for Facebook in the brave new world they’re creating will be gaming. Don’t we already have enough teenagers (and adults) sitting in front of a screen in a darkened room immersing themselves in RPG virtual worlds?

Do we really need more shiny virtual experiences that become barriers to real human relationships in the home and beyond? Especially after a year and a half in which we have been annexed from other social relationships.

Technology can be amazing. It can help us to live fuller, braver and more rewarding lives. The Metaverse will undoubtedly be an extraordinary technological achievement if Facebook pulls it off.

The question we all have to ask ourselves is: which world would you rather live in? Facebook’s, or your own?