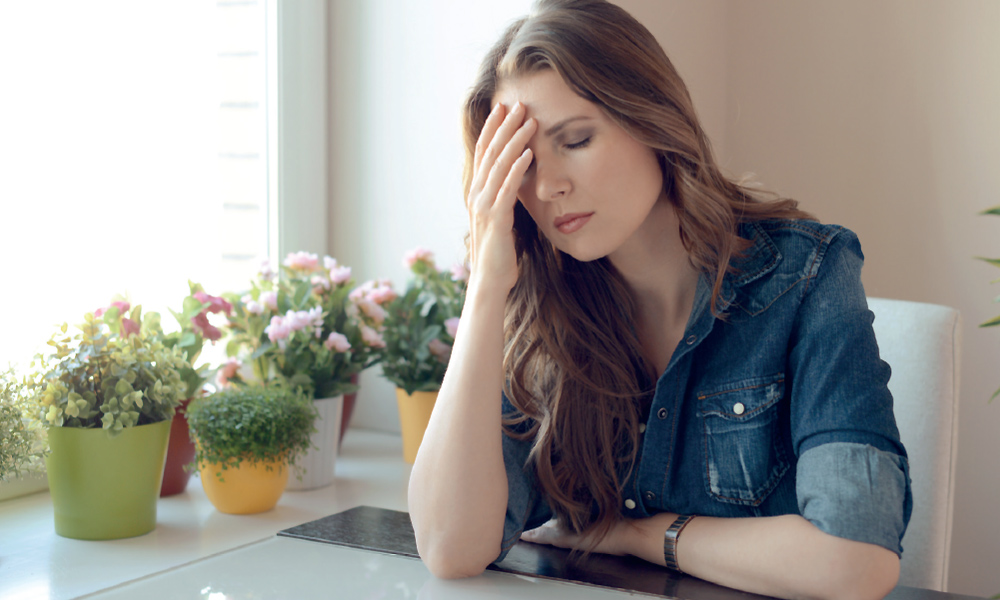 Migraines are the third most prevalent illness in the world and are considered the most common disorder of the nervous system. They can be completely debilitating for sufferers and have a huge impact on their lives, affecting the ability to work.

Frustratingly, there is still much to learn about migraines

We do know that the majority of sufferers are aged between 35 and 55, and that more women are affected than men, probably because of hormonal influences.

Migraines tend to recur and can vary between moderate and severe levels of discomfort, often only settling on one side of the head. They can last from a few hours to several days. Some people experience nausea, dizziness, visual disturbances, light sensitivity and even numbness to the face. It’s no wonder that people are desperate to find out what’s behind them and if there’s a way of getting rid of them completely.

It’s believed that migraines may be connected to vitamin deficiency

Past research showed a link and even though it seemed to be discounted by later studies, research continues and the vitamin-mineral link to migraines is still very much being considered and studied.

It’s thought that magnesium deficiency could be key

A lack of this vital mineral can cause all kinds of illnesses, from depression to the function of neurotransmitters. Researchers believe that migraine sufferers can develop a magnesium deficiency for various reasons, including as a result of the stress of the migraine itself. It therefore makes good sense for migraine sufferers to take magnesium as a supplement.

Other vitamins that have been associated with migraines are riboflavin, vitamin D and CoQ10. Studies have had mixed results, but some have shown that with vitamin D supplementation, there has been a significant reduction in migraine frequency, alongside a reduction in C-reactive protein (CRP).

It has also been found that blue light, as found in digital and LED devices, increases the intensity of migraine pain by activating the trigeminal nerve.

It’s frustrating that the actual cause of migraines remains unknown, although it’s suspected that it’s due to abnormal activity in the brain. This affects nerve communication, chemicals and blood vessels. And there seems to be certain triggers that are likely to set off a migraine. These include hormonal changes, diet, emotional triggers, medications, physical triggers. There are some over the counter medications that can reduce or halt a migraine if taken early enough.

There are also prescribed medications that work well at minimising an attack, but unfortunately some sufferers find that even these don’t work. The best thing is probably to work out what your triggers are and do everything to avoid them.

Five steps to a clearer head 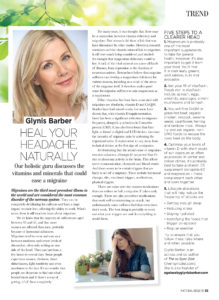