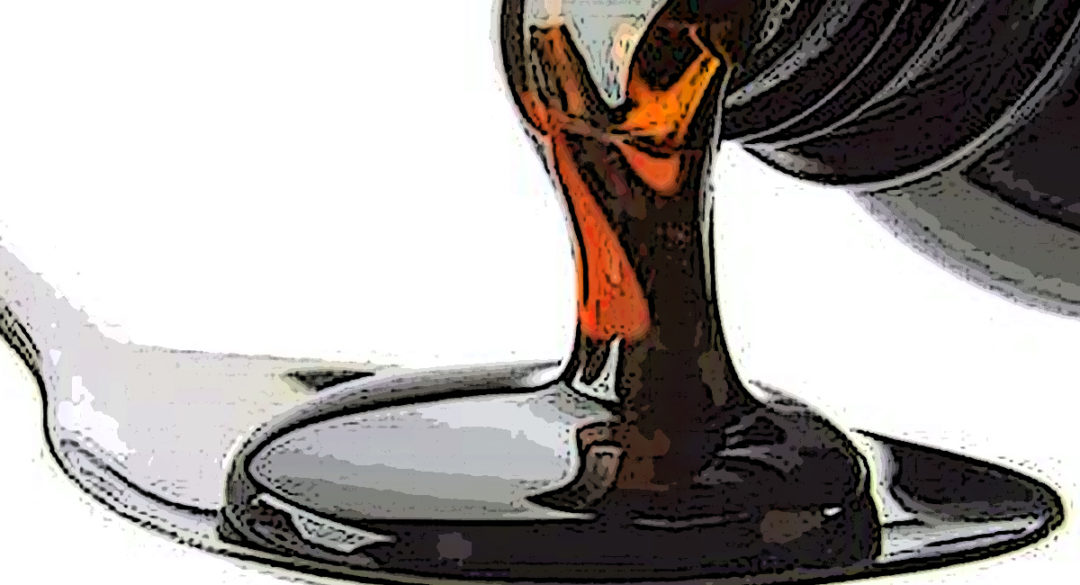 Have you ever heard of Yacon Syrup? Nope me neither. And I thought I knew about all the sugar alternatives, both the good and the bad. But what I’ve never ever heard of is a sweetener that helps you lose weight. That’s just crazy talk surely? But Yacon Syrup is a very different sweetener indeed and needs to be taken as a supplement (a spoon before each meal) in order to lose weight with it. If you do want to lose weight however, please look at the Bootcamp articles as nutrition and exercise are vital to health and longterm weight management. However, as Mary Poppins used to say, just a spoon full of sugar (or should I say Yacon?) helps the medicine go down.

Yacon does so much more than this though and as pharmacist Shabir Daya explains, is extremely beneficial to our health, in particular the gut. I have written about the importance of pro-biotics for the gut many times and if you’ve resisted them before, perhaps Yacon is the way to go? Additionally it can be used in cooking, baking and as a sweetener for tea and coffee.

Yacon Syrup is a health product that has recently aroused the curiosity of the health experts and consumers alike and it is heavily trending in America. The main reason for this was a study that found that overweight women using Yacon Syrup lost an average of thirty three pounds over 120 days and more significantly they dropped four inches from their waist, so let’s explore Yacon.

Yacon Syrup is a thick sweet syrup obtained from the root vegetable, Smallanthus sonchifolius, found in the Andes mountains. The syrup is extracted from the tuberous roots and has been used a sweetening agent for several decades in Peru due to its low sugar content. It is particularly useful for those requiring a natural sweetener that does not have an after-taste of synthetic sweeteners or even the natural sweetener Stevia, which many users find has a “dry-after taste”. Yacon syrup has no major influence on blood sugar levels making it particularly suitable for diabetics. The taste of Yacon Syrup is very similar to caramelised sugar or smoky molasses.

The Health Benefits of Yacon Syrup

Scientific analysis of Yacon roots shows that nearly 50% of the content is comprised of Fructooligosaccharides (FOS), which is what gives it the sweet taste. Our bodies cannot metabolise FOS, meaning that it is not broken down by the digestive system and hence passes out of our bodies naturally without leaving any sugar in the bloodstream. Unlike other sources of FOS such as chicory root, the concentration of the FOS compound is the highest in Yacon roots, which is why it can be used a sweetener.

FOS is also considered a fibre compound. Since fibres aid gastric motility, Yacon Syrup is good for anyone wanting to ensure healthy bowel movements or those who suffer from ongoing constipation. Additionally, dietary fibre is recommended for those suffering from high cholesterol levels and using Yacon Syrup regularly may help to maintain healthy cholesterol levels.

FOS acts as a prebiotic in the gut, which means that it acts as a food for the beneficial bacteria, notably the Bifidobacterium species, in the gut helping them to flourish and thus aiding digestion. Additionally, these beneficial bacteria help to maintain a healthy immune system so taking Yacon Syrup not only aids digestion but also helps to support our immune system.

Yacon Syrup is thought to have additional benefits such as increased bone density effects, however these are yet to be investigated rigorously.

The most common problem facing many people these days is the inability to maintain fitness. Excessive weight, smoking and alcohol all play a part in preventing us from leading healthier lifestyles.

Yacon Syrup is thought to play a multi-faceted role in achieving these weight loss results and is very low on the glycemic index scale, thus it can help lower the amount of sugar consumed in your diet. It can do this because of its content of FOS, as mentioned above. FOS passes through the digestive system and consequently does not bring in any calories to the body.

It is perhaps important to note that Yacon Syrup has no impact on insulin production. When you normally eat a meal of carbohydrates and sugars, insulin is produced, which breaks down sugar for energy production and any excess is converted into fats to be stored by the body onto the fat cells which are located in the midriff region. Insulin is therefore often referred to as the ‘fat depositing hormone’. Since Yacon Syrup has no impact on insulin levels, this can only be beneficial if you are seeking to lose weight. Another reason why Yacon Syrup is thought to help weight loss is because it helps curb appetite as it helps you to feel full for a longer period of time.

Yacon Syrup also acts to improve the numbers of beneficial bacteria that reside in the gut. In doing so it helps to improve your digestion and hence eliminate waste matter regularly.

Finally, taking Yacon Syrup on an ongoing basis is thought to help gradually increase your metabolic rate. For the majority of us, all processes within our bodies slow down as we age and that includes metabolism, which is governed by the thyroid gland. Any gentle increase in metabolism is often welcome, not only from the weight loss point of view but also because increasing metabolism results in enhanced energy production.

According to the study carried out, 40 volunteers were required to take one teaspoon of Yacon Syrup before each meal three times a day and were asked not to change their dietary habits or their workout schedule. After a short period of time, 29 of these volunteers reported some loss of weight with nearly half of these reporting weight loss of around five pounds. Additional benefits reported include a reduction in the Body Mass Index, which is a measure of body fat in comparison to height and weight, and reductions in the waist circumference.

I believe that Yacon Syrup does have a place for people who are prone to weight gain and also for those who would wish to encourage weight loss, however they should not rely just on this supplement and should have a balanced and varied diet, take exercise and drink moderately. Diabetics and those with a pre-disposition to diabetes may consider using Yacon Syrup as a natural sweetener, or for that matter anyone who uses chemical sweeteners, which are of course not without controversy. Yacon Syrup is a far better product to use on a daily basis than sugar. The latest opinions view sugar over-consumption as an independent risk factor in cardiovascular disease, including high cholesterol and raised blood pressure as well as other chronic diseases including diabetes, liver problems and dementia. Too much sugar does not just make us fat, it can also make us sick!