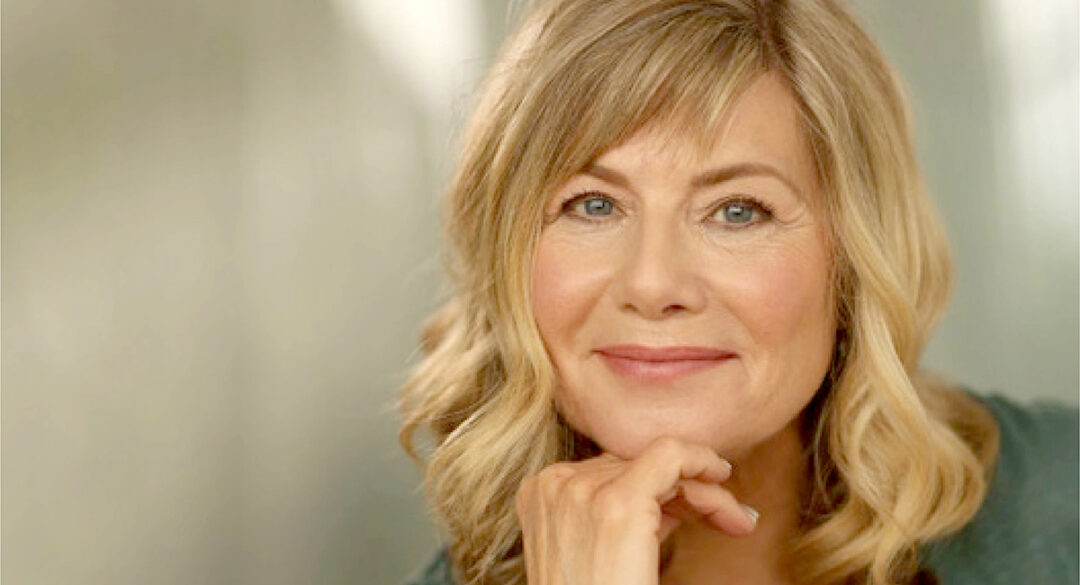 Today I’m posting a recent interview I did with Grace Fodor from Studio 10 makeup for her blog.  Grace is a great advocate of the pro-age movement and a great supporter of women. I’ve got to interview her many times for Ageless and she’s shared so many wonderful makeup tips. And, of course, she is also the creator of the best makeup ever for mature skin.

Every month she does an interview with someone awesome, so I’m honoured to be her interview this month.

One of the great things about founding Studio10 is being able to meet determined and accomplished women, and this month was no different when I caught up with actress and fellow PROAGE advocate Glynis Barber. From the iconic Dempsey and Makepeace back in the 80s that led to over forty years in television and theatre, Glynis is back on our TV screens playing the villainous gangster Norma in Channel 4’s Hollyoaks.

With a passion for health and fitness which she believes are key to beautiful ageing, her online magazine and Youtube channel ‘Ageless by Glynis Barber’ offer a wealth of articles, information and tips that are inspirational for midlife and beyond women today. Read my latest interview to find out more.

First of all, it’s great to see you in Hollyoaks playing the villainous Norma – can you tell us a little about her and what made you choose this particular role?

She’s a wonderful character to play. A gangster with a capital G. She arrives in Hollyoaks and has all the bad boys (and girls) quaking in their boots. So here’s this woman in her 60s terrifying all the big strong men. It’s a gift of a part.

If you could choose to play one women from history who would it be?

Eleanor of Aquitaine has got to be one of the most intriguing and fierce women who ever lived. Married to both the king of France AND the king of England, imprisoned by her second husband for many years and had a scandal before her first marriage by going off to the Holy Land with her uncle. She was the mother of King Richard who she rescued from a kidnapping in Europe in her 70s, and her blood is probably in every single royal family in Europe. She lived into her 80s after this eventful life, which was a miracle in those times. You really couldn’t make any of this up.

With such a huge career spanning 40 plus years in television and theatre – what are the positive changes you’ve seen over the years for women in the industry?

I think the #MeToo Movement has been a defining moment. All women, and very much including actresses, have had incredibly sexist behaviour to deal with, but it’s the physical sexism that has been so demeaning and traumatising. Men are simply not able to get away with that now for the very first time in the entertainment industry. Or at least it’s much more difficult. Also, if there’s a love scene, there’s a person on set to show the actors how to do it now. That’s hugely comforting and creates a safe space.

When I look back at filming Dempsey and Makepeace for example in the 1980s, and we had script and production meetings with writers, producers and directors, I was the only woman in the room. I was talked over, not listened to, not taken seriously and any idea I had was ignored. Nearly always one of the men would then repeat my idea and everyone would say “yes that’s great”. There was not a single female writer or director.

So yes, things are finally changing. In fact, my character in Hollyoaks would traditionally be played by a man and they decided to go against that and cast a woman. One of my age – and I salute them for that.

I know that healthy ageing and fitness are important to you – can you tell us about your website Ageless and the inspiration behind it?

The idea for it began when I first joined twitter. Ten years ago Twitter was a very different place to what it is now. It was smaller, friendlier and one could be more open without being torn apart. I had been into a healthy lifestyle for quite a while and people kept asking how I stayed looking so healthy and young, etc. So I ended up talking about it on Twitter. One day I suggested that maybe I should start a website and everyone said “yes please”. I was terrified and had no idea what I would talk about, but here I am ten years later and I’ve never shut up. I realised that I had gleaned a lot of information over the years and learned how to apply it to my life. Things that other people didn’t necessarily know. I think women were also happy to have someone they knew of speak to them about things and hopefully inspire them that it was possible to take your health, and therefore how you age, into your own hands. It’s empowering.

What would you say to midlife and beyond women who are beginning to feel less confident and visible as they age?

Who has been your greatest inspiration?

The first woman I ever came across with any kind of power left a lasting impression on me. I was in high school in South Africa during the apartheid era and they sent three politicians to talk to us. One from the ruling party, one from the opposition (who were much the same, just a bit less brutal) and one party who were liberal and wanted change but only had one member in parliament – and it was a woman. An incredible achievement in South Africa in the 1970s. Her name was Helen Suzman and I will never forget her. Her speech was so inspiring and so powerful, truly in a different league to the two men. I had never seen a woman be like this in my life. I think that I was never the same after that day. Weirdly enough one of my friends here in London turned out to be a close cousin of hers which is thrilling.

Hardest challenge you’ve had to face?

There have been health challenges within my close family and that is hands down the most difficult thing I have had to deal with.

Accomplishment you’re most proud of?

I think it has to be my Ageless website. I was so nervous about doing it and feel proud that I did it anyway. The thing I’m proudest of is that I seem to have impacted some people’s lives in a helpful and positive way. I get such wonderful feedback and it means so much to me. People have completely changed how they eat, lost weight and improved their health. Some who have suffered from anxiety have been helped by my suggestions and a lot of people have responded to a breathing exercise I did on the Ageless YouTube channel. I’ve been fortunate to have some wonderful experts on my videos giving incredible advice about health and also skin and ageing.

Any tips and tricks you’ve picked up in the makeup artists’ chair that you can share with us?

I never think of myself as being particularly adept at putting on makeup, but I guess along the way I have actually learnt all the tricks. A top Hollywood makeup artist once said to me that the most important thing is blending. That can make or break a look. So having the right brushes and tools is crucial. And of course, as we age, the makeup we use has to have the right texture to keep us looking dewy. That’s why I love Studio10 so much.

Top beauty must have in your makeup bag?

That’s a tough one – but I can’t leave the house without concealer.

And finally, your favourite quote?

My favourite at the present time after the last two years is: “Think of the mind as a parachute. It only works if it’s open.” C.S. Lewis