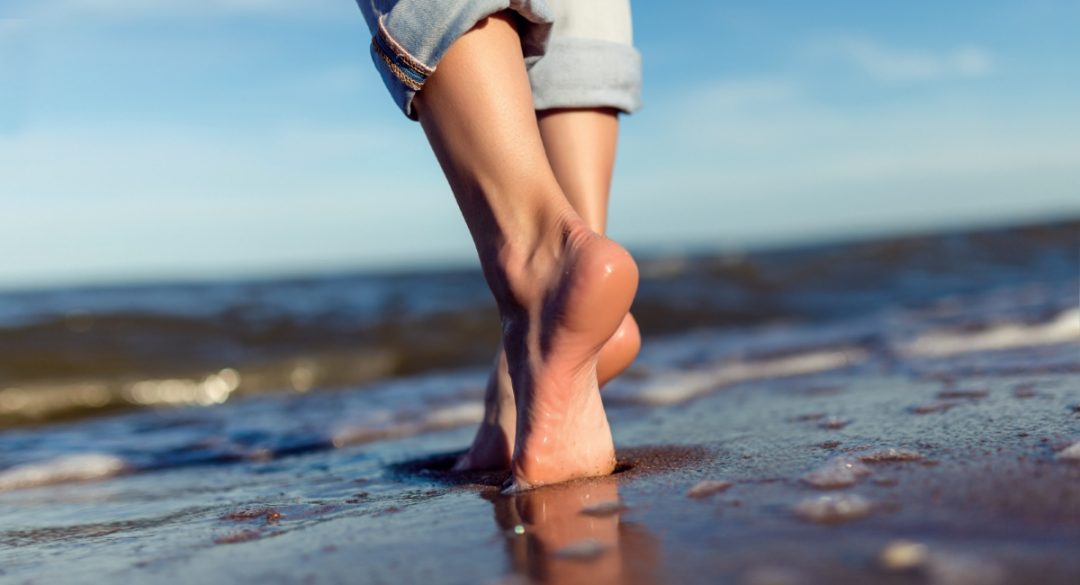 If I told you there was something that helped to slow the ageing process, reduced inflammation (the cause of many chronic diseases) and was completely free, you would probably think I was making it up. Or, that it was yet another fad that will be forgotten by the next full moon. But it is in fact true that barefoot walking, otherwise known as earthing or grounding, has a hugely positive and powerful effect on the body.

The simple act of putting your bare feet on the ground and coming into contact with the earth, sends a cascade of negative electrons into your feet. These act as antioxidants in your body that reduce inflammation, which can lower the risk of chronic diseases. So, instead of ingesting a bunch of supplements, you can literally absorb them through your feet.

This connection to the earth is important

Humans have always been connected in many ways to the earth until quite recently, but modern life has resulted in a disconnect that is not natural or healthy. Nature, soil, dirt and grass are as important to us as the sun and the air are. Grounding supports the body as a whole, down to our organs and even the cellular function of our entire systems.

We are in fact electrical beings

Harnessing the electrical charge of the earth is important to our health. The earth’s atmosphere is ionized by the sun. The molecules are split in two by the strong rays of the sun and the positive ions stay high up in our atmosphere. The negative ones come down to earth, mostly transferred by lightening. And that negative charge is needed by our bodies to deal with the many pollutants here on earth. Radiation, smoking and processed foods are among the many things that deplete our bodies of electrons. Nobel prize winner, Richard Feynman, has said that when the body potential is the same as the earth’s electrical potential (and therefore grounded), it becomes an extension of the earth’s gigantic electric system. This then reduces and pushes away harmful electric fields from the body.

Free radicals, if left unchecked, cause oxidative stress which can accelerate ageing

And inflammation can lead to all kinds of conditions from dementia, to cancer, to diabetes. Grounding has also been found to reduce pain. It promotes homeostasis, or balance in the autonomic nervous system.

This would have been hugely beneficial as it normalises cortisol levels and induces deep sleep. It is, of course, not much of an option nowadays. However, if you’re an enthusiastic camper, you can sleep even easier, knowing that this closeness to the earth is doing you a whole lot of good. 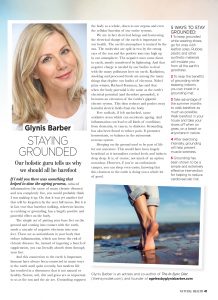