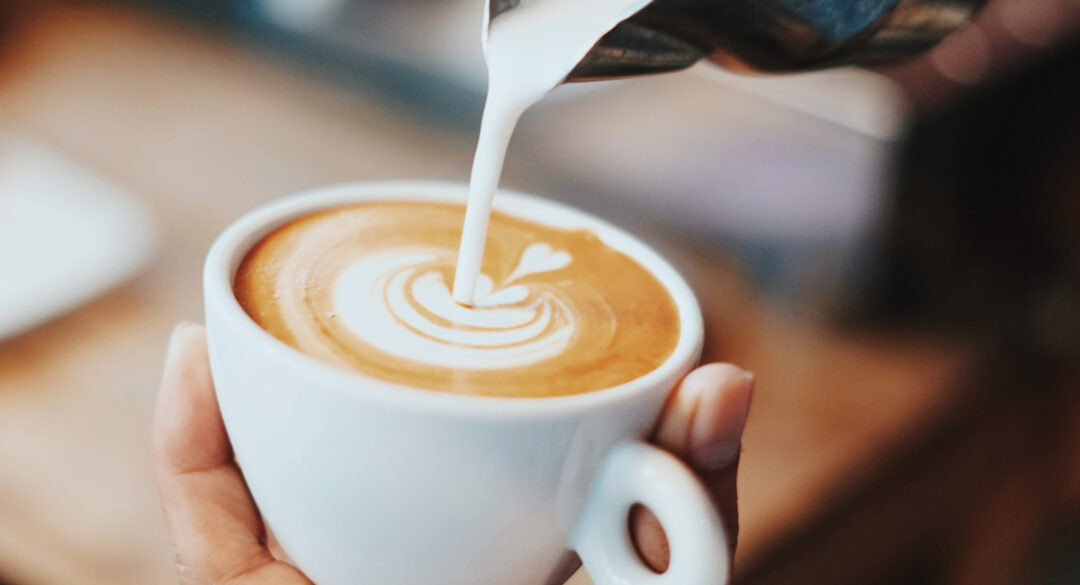 As coffee shops have sprung up all over the place with coffee becoming increasingly popular, we are now consuming more milk on a daily basis than ever before. The choice of milks on offer has increased as well, from regular dairy to all the many non-dairy alternatives. But are these any better for us and which ones are the healthiest? Let’s take a look at the choices.

Are people right in trying to avoid it? The answer is that they probably are.

The proteins in milk, casein and whey, are difficult to digest as is milk sugar, known as lactose. Milk also contains natural growth hormones that promote renewal of cells causing dairy to be a factor in many cancers. Milk is also not the best form of calcium for bones as it’s not easily absorbed. Far better to get calcium from leafy greens vegetables and nuts.

For many years people who wanted to avoid dairy chose soy, thinking it was a healthy alternative. Sadly this is not the case. For a start soy is one of the most genetically modified foods on the planet.

Soy does have numerous health benefits but it’s also very high in lectins. This makes soy highly indigestible causing damage to the gut and inflammation. It also contains goitrogens which are chemicals that can damage the thyroid and protease-inhibitors that stop you being able to digest the protein. However when soy is traditionally fermented, it becomes much more digestible as these chemicals are degraded in the process. Fermented soy foods include tofu, tempeh and miso.

Soy milk is highly processed, not fermented and often contains added sugar. It also has oestrogen-like compounds called isoflavins. It therefore has the potential to be an endocrine disruptor meaning it can mimic oestrogen in the body leading to hormone overload. Some findings suggest that it promotes the growth of cancer cells and negatively affects thyroid function.

In my opinion this is definitely one of the most healthful milks. The caveat is to always check that other unhealthy ingredients like sugar, haven’t been added. Many brands add rice to their milks as well. To my mind this is not good because all grains are carbs that convert to sugar when ingested. Who wants grains in their milk? Coconut milk does, however,  contain some naturally occurring sugar so you don’t want to overdo it. It’s also high in fat but it’s healthy MCT (medium chain triglycerides) which is a supremely healthy fat that doesn’t make you fat, but rather helps to burn fat. MCT is also highly beneficial for our gut bacteria. This is one of my favourite milks.

I confess to regularly using this one. I always make sure that it’s one that doesn’t have other ingredients added. Many milks contain sunflower oil (all seed oils are BAD), sugar, rice or carrageenan. This is an extract from a British seaweed that has traditionally been used for many years as a thickener but has become rather controversial. Some scientists believe it to be toxic to the digestive tract and highly inflammatory….and other disagree. I try and avoid it if I can. Innocent do a lovely almond milk that has no added ingredients at all. It’s mostly water and a small percentage of almonds which are very beneficial containing calcium, magnesium and vitamins A, D and E.

However there is an issue with almond milk. Most of the world’s almond supplies come from California and almond growing is very water intensive compared to other plant milks. California has had bad drought conditions for a number of years now and there has been criticism about the amount of water that is going toward the almond crops.

This is an increasingly popular milk but I’m not a fan. Just as I would rather not have rice in my milk, I don’t want oats either. As mentioned all these starchy grains turn to sugar in the body. Oats are very high in carbs and the milk has the highest calorie count of all the plant based milks. Even though it does have some nutritional benefits, you are adding a fair amount of sugar to your coffee by having it. It’s also not recommended for anyone who is gluten intolerant.

It’s made from the seeds of the same plant that produces marijuana but without any of the mind altering effects as there are only trace elements of the psycho-active compound THC. I’ve tried this one but didn’t persist as it doesn’t foam very well for my much loved cuppacino’s. It’s a shame because it’s highly nutitious and filled with protein, healthy fats and minerals. It has an earthy, nutty flavour that I rather like and so it’s a thumbs up for this one for all non-foaming duties. However do always remember to check the ingredients as you will often find the addition of sugar or sweeteners.

And for those that like their coffee black, that’s great. Coffee on it’s own in moderation will be beneficial and won’t even break your fast if you’re on the 16:8 intermittent fasting regime.

Have you tried adding nutritious MCT powder? It makes coffee creamy and gives an energy boost. Great before exercising.

Check out my YOUTUBE video about coffee with MCT: