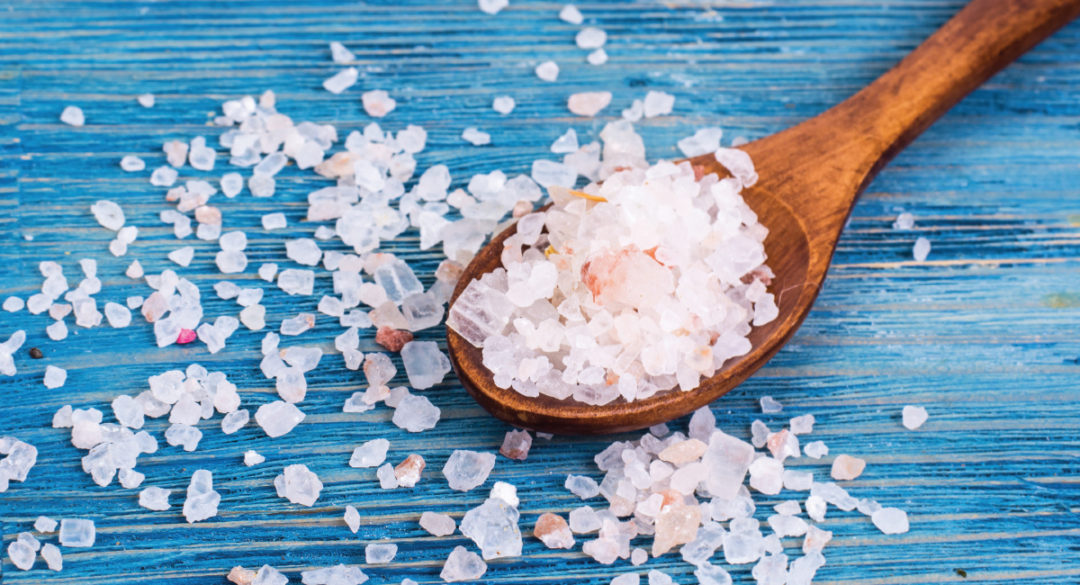 Do you avoid adding any salt to your food because it’s bad for you? I did this for years but it turns out I wasn’t doing myself any favours. Salt is actually a vital part of our diet and it’s important that we include the right kind of salt in the right amounts. Find out all that you need to know from this recent article of mine for Natural Health magazine.

We’ve been told for so long that salt is bad for us that I, for one, have spent most of my life avoiding it.

Both the British Heart Foundation and the American Heart Association recommend no more than one teaspoon of salt per day. Any more than this they say, may raise blood pressure and increase the risk of developing coronary artery disease.

But is this really the case?

Apart from making food taste better, salt has a number of benefits in the body, particularly in terms of controlling fluid balance and enabling normal muscle function.

Nutritionist Fleur Borrelli also quotes research which suggests that the body may draw salt to infected areas of the skin as a sort of ancient strategy to protect against bacterial infection. She adds that it’s been hypothesised that our hunter gatherer ancestors, to whom we are genetically similar, died of infections because of the lack of salt in their diet. They would typically have had only 680 mg of sodium per day in their diet compared with our 4 to 14 grams.

In the meantime, I’ve discovered pink Himalayan salt which I now add to my food on a daily basis.  Am I taking a risk? Well  the thing is, as with most foods, there’s the wholesome version and there’s the processed version. Processed foods are just plain bad and they’re chock full of processed salt.

There’s a BIG difference between processed salt and natural salts like sea salt or Himalayan salt.

Whereas processed salt has been stripped of all its nutrients except sodium and chloride, then chemically cleaned and bleached, natural salts are full of much-needed minerals.

Natural salts are rich in iodine and contain trace elements of minerals like sulphate, calcium and potassium.

A meta-analysis, combining results from a number of studies, in the American Journal of Hypertension says that both a low and excessive sodium diet are associated with increased mortality. The analysis found that we really need to have an intake of between 2,645-4,945 mg per day if we do not want to have raised blood pressure levels.

This means that a healthy daily intake of at least two teaspoons of salt is necessary to meet the minimum requirement to keep blood pressure at bay. This is twice the amount recommended by the British Heart Foundation and American Heart Association.

I shall therefore continue to enjoy my salt guilt free. 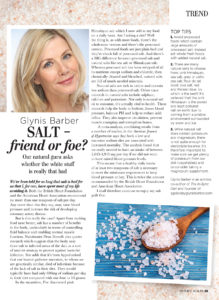