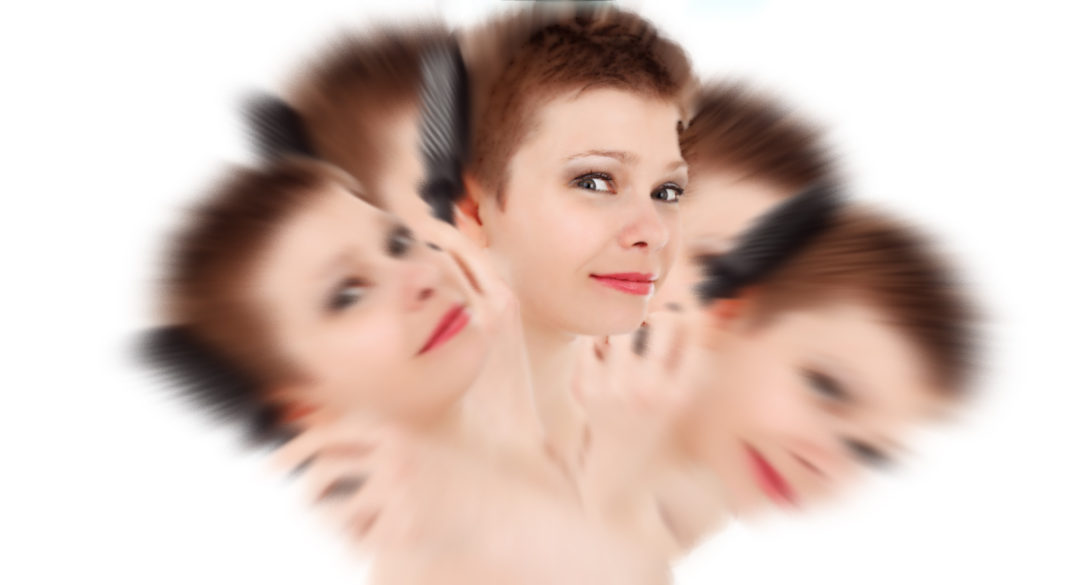 I’ve written about hair loss before but it’s such a distressing and emotional occurrence that’s it’s worth revisiting. Here world renowned trichologist and hair guru, Philip Kingsley, gives us the most common causes for it and more importantly, practical advice on what to do about it. 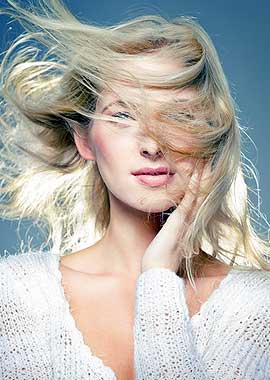 The incidence of hair loss in women is very underestimated: There are as many women as men with varying amounts of hair thinning – women, however, rarely go bald. Hair can be the single most psychologically disturbing part of the body, and the most pleasing when things go right. Therefore even hair’s styling, colouring, dryness, limpness, dullness, breakage, split ends, can be very depressing. But the ultimate in the depression and anxiety stakes is noticing thinner hair.

The first signs of this is not necessarily extra hair fall, but you realise that you can’t do to your hair what you were once able to do: It won’t hold it’s style; feel as full; the ponytail is thinner and it’s lost ‘body’ – you think you can see a little receding hairline, or you think your scalp is more visible. None of these changes occur overnight – they are slow – and unfortunately, you need to lose at least 15% of your overall hair volume before you are aware of it. This is very disconcerting in itself, but if the hair’s shedding rate has increased, too, panic can easily set in: I have seen countless women on the verge of a nervous breakdown thinking they are going bald.

Anyway, the understanding of hair thinning has increased in the last 10 years and even more so the past 5 years.

There are always reasons for hair loss, and when the reasons are found it’s usually not difficult to do something about them. Finding the reasons accurately, often requires blood tests to measure iron levels, hormone levels, thyroids, vitamins, energy levels, white and red blood cells to name a few.

Here are the dozen most common causes of hair loss, not necessarily in order of importance. Some you can do something about without professional help – many, you will need professional advice:

Many women know they have it – take iron tablets for 3 months and think the problem is solved. Anaemia tends to recur though and it effects the production of hair cells as well as the hairs growth cycle. Menstruating women are more prone, but anaemia also occurs after menopause. Anaemia is measured by haemoglobin levels, but that is not the only measurement to look for – What to do: Have a blood test and take an iron supplement if your levels are low.

Not eating correctly can lead to the above problems as well as interfering with the hair follicle’s metabolism. It is not enough to have plenty of fruit and vegetables. Many women determine a healthy diet through these, but hair is protein and it is important to have sufficient protein at breakfast and lunch in particular. What to do: First class proteins for hair are meat, fish, fowl, eggs.

Is iron stores and very much effects hair follicle functions. The reference range measurements are quite wide and the mistake often made is when ferritin is in the normal reference range at the lower end. For optimum hair effect, ferritin needs to be at least in the middle of the range – about 80. What to do: Take iron supplements and the blood levels should be monitored to ensure they are maintained over a long period.

By this, most people think sex hormones – Oestrogens (female) and Androgens (male). It is widely thought that androgens are one of the main culprits in male and female pattern hair loss. To an extent, this is true, but it is also the genetic susceptibility of the hair follicles to circulating male hormones. In other words, some women have more sensitive hair follicles, so even a small amount of androgens can have an effect. The reverse is true: Insensitive hair follicles may not be affected by even large amounts of androgens. The prevalent hormone is testosterone, which has to be converted to dihydrotestosterone (DHT) for it to adversely effect hair. What to do: This can effectively be treated by topical anti-androgens, but these are available only by prescription, by your doctor or a qualified trichologist registered to do so.

Irregular or heavy periods can effect hair. Irregular periods usually point to a hormone imbalance. Heavy periods would deplete iron levels too, which would eventually lead to extra hair shedding and thinning. What to do: Ask your doctor for blood tests to help pin-point the reasons, you will then be able to counteract them.

This is an underestimated condition in females – there are more women that suffer from it than has been previously estimated. In the two studies I have been involved in, the first in 1989 with Mount Sinai Hospital New York, over 36% of women who were losing hair had PCOS. The second in 2004 with Imperial College, London, 68% had PCOS. It is not a dangerous condition, it’s just that the undulations surrounding the ovaries are more pronounced, giving the appearance of minor numerous cysts. There are other symptoms, such as irregular periods, oily skin and hair, acne, extra facial hair, overweight and the most concerning of all – hair loss. What to do: Ask your doctor to arrange relevant tests, usually through an endocrinologist.

Usually a good time for hair, particularly after the third month when the hair begins to shed less than normal, and the hair begins to feel thicker. The troubles start though, (with 50% of women) the second month after having the baby. Between the second and seventh months after birth, the hair can fall out in what may be an alarming rate. What to do: It may sound odd, but, try to wait it out. It will begin to slow down by the 5th month and go to normal by the 7th. However, if it doesn’t, you should seek professional advice. Nutrition, iron levels, or hormones may be at fault, but these can easily be checked with tests. On a positive note, the hair always grows back.

Often the first thing to be tested where hair loss is involved. Both an under-active or an over-active thyroid can cause thinning and shedding. However, thyroid measurements are tricky and even when in the normal reference range can result in hair problems: (low normal or high normal). What to do: Blood tests via your doctor or an endocrinologist for TSH, T4 and T3.

One of the ‘true myths’; stress can cause extra hair fall. Stress can release adrenaline, which in certain circumstances can be converted, by a tortuous route, to extra testosterone being formed. As mentioned in ‘Hormones’, testosterone can be detrimental to hair growth. What to do: If you can’t reduce your stress by yoga or meditation and/or try large doses of vitamin B which will help.

Is a self inflicted hair loss whereby the hair is pulled (by traction) out of the hair follicle. It is very common in women with long hair who pull it back tightly in a ponytail: ballet dancers who need their hair flat and straight; brushing too hard, or pulling too much when blow-drying, constant straightening, particularly common with Afro Caribbean hair, or too tight rollers. There is also a condition known as trichotillomania, whereby hairs are singly pulled out of their follicles because of psychological factors. What to do: Traction loss is usually reversible if the traction is stopped or severely limited.

Very often being ill and certainly when a high temperature (fever) is involved, substantial hair loss can occur. The degree would depend on the illness, drugs being taken, and the temperatures suffered, the higher the temperature and the longer fever lasts, the more the hair will fall out. What to do: Wait it out until in better health and free of fever. Then eat nutritiously. The hair will always regrow.

This article would not be complete without mentioning it. Chemotherapy, more often than not, causes the hair to fall out, often completely. It can be quite terrifying, extremely traumatic and often the most feared part of the treatment. It depends on what drugs are used and for how long they are used. But, sometimes, inexplicably, the hair is affected only a little.

Theoretically, the ‘cold cap’ can help. This is an icy cap worn tightly over the scalp whilst the drug is being introduced. It is very uncomfortable and many cannot cope with the icy feeling more than 20 minutes. There are some drawbacks and in the U.S it is not recommended. The good news: The hair always regrows anyway