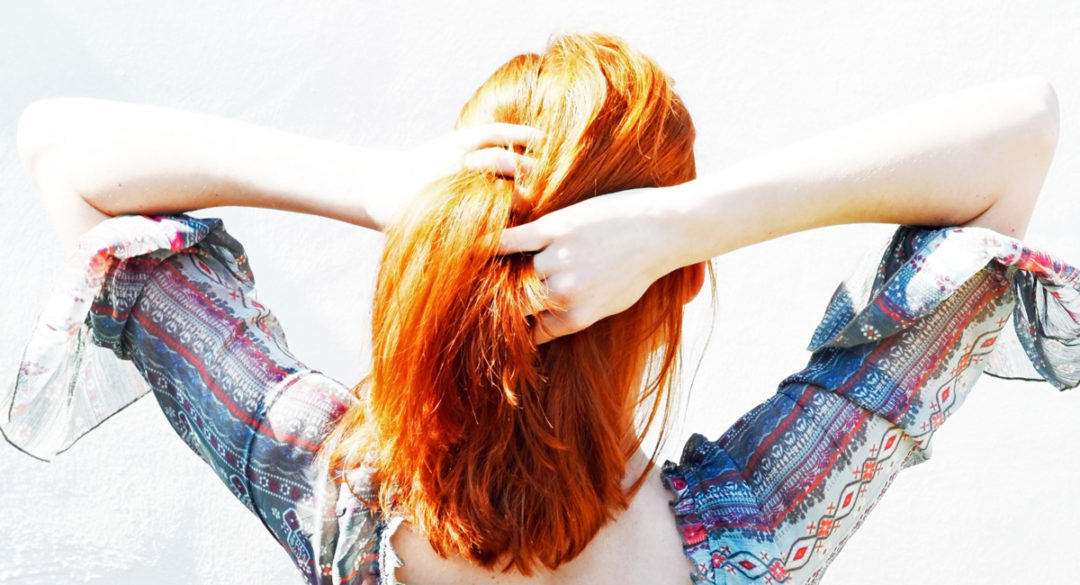 Philip Kingsley, trichologist to the stars and many many others, has now coined my favourite phrase. Closet colourer!! He is assuming that all these closet colourers are men, that they don’t like to admit they colour their hair. I’ve always thought that you can tell a colour job a mile off on a man, because it’s always so obvious. Obviously bad! But hold on a jiffy, maybe there are a whole bunch of men out there with great colour, that slip under the radar! Mmmmm, I’ll be paying more attention from now on and guess where I’ll be looking first?? At you, Mr Kingsley! Oh yes sir, I’ll be casting my beady eye over those luscious locks of yours.

Ahem, sorry about that, I do realise colouring is a serious issue (been doing it myself for more years than I can remember) and know from first hand experience how it feels when it all goes very wrong! Hair colouring is also one of the easiest things to do to knock a few years off how you look. There is no doubt that grey hair is ageing (can be stylish and chic on occasion but still ageing) and even certain shades of colour can be ageing. I happen to think that very ashy blonde (my natural colour which I warm up as much as possible) is ageing and it’s important to choose a shade that compliments your skin tone. Very dark hair can be draining for example. But is all this colouring ruining our hair?

Over to you Philip…. 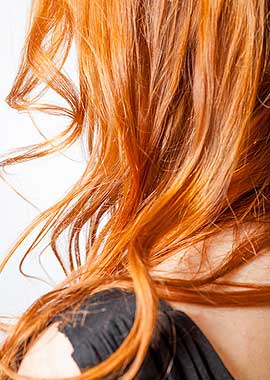 I wrote a weekly series on hair colouring for the Sunday Times over a period of eight months – thirty-three weeks – during which time I saw thirty women and three men.  I had the idea because of the enormous number of questions I had been asked over many years – which had been even more accelerated after I started writing for the Sunday times ‘Style’ magazine.

Most of the fears were that colouring was going to make their hair fall out more.  Or dry the hair or break it or affect their scalp.

I thought that I knew (more or less) what the effects of hair colouring were, but I wanted to run a series to prove my thoughts so that readers could know the truth and make their own choice.

It worked in this way: each week the beauty editor arranged for me to see a person of her choice who wanted their hair coloured.  Some had already coloured their hair and wanted a change, others wanted to colour it for the first time.  The three men were first-time colourers and oddly enough chose the most bizarre shades of all – perhaps because of repressed desires to use hair colouring (I have often said that men would like to colour their hair, but are wary of doing so for fear of being found out).

However, I saw each person and made notes before they had their hair coloured at a salon of their choice or that of the beauty editor.  However, some wanted to colour their hair at home and chose the method – semi-permanent usually, with the brand they fancied – and did indeed do it themselves.  The different methods also added more credence.

I re-examined each one between four and seven days after having the colour.

Not one had extra hair fall.  All of them, including the men, loved the result.  None complained of extra dryness or breakage (I insisted they all followed the manufacturer’s instructions and used the conditioner supplied with the pack).  In fact, in most cases the hair was in better condition.

None of this surprised me – I pretty much knew it before we started.  However, what did surprise me was that those with flaky and/or itchy scalps (some almost severe enough for me to withdraw them for the test) all improved!  This was almost certainly due to the antiseptic properties the colouring agents contained, the mild keratalytic (softening and removing skin flakes) effects, and the thorough washing out that went along with the colouring process.

Colouring your hair, of course, is entirely your own choice, and I am not advocating it to clear your scalp or help your hair.  Hair colouring, I feel, does perhaps have an undeserved bad reputation.

There is a pressure on all of us to remain youthful in our looks.  A youthful appearance implies vigour, stamina, sex appeal and even optimism, although on occasions an unfavourable impression may be created, since youth can imply lack of experience or authority.  Nonetheless, ageing is something most of us try to hide.  Colouring your hair can give you a psychological boost, a sense of being a new and younger, more vital person.  It is an easy way to change your personality or to discard part of an old life for a new one: changing hair colour when changing partners, for example.

Consequently, the hair-colouring market is enormous.  It is estimated that almost 70 per cent of women and 12 per cent of men will colour their hair at some stage in their lives.  The figures for men may be even higher, as many men are closet colourers and never admit to colouring their hair.  They may steal their wife’s products or use walnut oil or tea or coffee from the larder to make their own infusions to colour their hair.  Some resort to mascara and many use progressive dyes, which change hair colour gradually over many applications, in a desperate attempt to disguise the fact that they have dyed their hair.

Why is there such a stigma attached to men who colour their hair?  Women positively flaunt it.  Perhaps it’s because the practice is considered an unmasculine vanity.  However, speaking as a man, and having advised thousands of men professionally, I am sure we are just as vain as women!  And why shouldn’t we be?

Apart from the desire to stay looking young, hair colour preferences are also influenced by fashion, usually following the film stars of the day.  Hair was dyed red with Rita Hayworth, blonde with Marilyn Monroe, while many stars today have a sun-streaked look.  In Cleopatra’s day dark hair was the rage, and during the reign of Queen Elizabeth I ginger hair was popular.

However, whatever colour you decide on, you need to take precautions, as all colouring processes are potentially harmful if the instructions on the packaging are not followed.