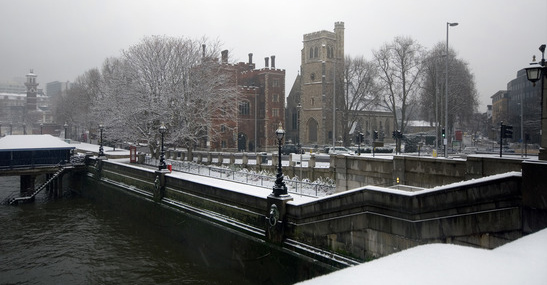 Not only is my DNA out of Africa (same as us all) but I was actually born there too. This means I am not designed on any level to cope with an English winter. Funnily enough I would cope better I think, in one of those very cold countries that have lots of snow (pretty) and crisp blue skies (also pretty). It’s the sodden, heavy, grey canopy of cloud (ugly) that shrouds the UK for the whole of the very long winter that gets to me. And then of course, there’s no guarantee that we will have anything much different in our ridiculously short summer. But enough of my weather moaning, what about the other perils of winter? The fact that nearly everyone gets multiple colds and viruses and ends up feeling pretty miserable most of the time?

Nutritionist Fleur Borrelli, comes up with some surprising things that affect our health and some things that will help.

Winter officially begins when British Summer Time or Daylight Saving Time ends. At the end of autumn the clocks are adjusted so that nights become longer and as a consequence, days shorter.   A study of DNA has shown that we have all originated out of Africa (1). This would suggest that we in the Northern Hemisphere are not entirely suited for the harsh temperatures and darker days that accompany winter.

Winter does seem to be aligned with greater levels of infections so why is this the case and what can we do about it?

Contrary to what you might think, the prevalence of colds and flu in this season are not necessarily down to a change in temperature. According to virologist Professor John Cannel (2), we succumb to infections more easily due to a lack of Vitamin D.

Vitamin D is really a hormone that is produced from cholesterol when the sunlight hits our skin and stimulates our immune system to protect us against winter bugs. The lighter our skin, the more easily we can produce it which means we need to spend less time in the sun. Getting sunburnt is not recommended at all but by spending fifteen minutes whole-body basking in warm (not hot!) summer sun, you can potentially make enough vitamin D for five days. This will not happen if you immediately slather tanning lotion on or avoid the sun altogether. Unfortunately, even the best food sources of Vitamin D (fish, eggs and mushrooms), may not cover the deficit caused by living in our part of the world. This is made worse by the fact that recommended daily amounts are generally accepted as being too low (3). Ideally you should get your levels checked at the beginning of autumn, and thereafter every six months, and make sure you are at the top of end of the recommended range.

Disruption of biorhythm has such an impact on our health that it is officially considered as risk factor for disease. It can also be at the root of our susceptibility to a range of infections during the winter months (4). Our biorhythm is our natural sleep-wake cycle over a period of twenty-four hours. Typically we will spend twelve hours in activity and twelve hour in rest whether asleep or otherwise. Most of us will be larks which means that we will naturally wake up without an alarm in the morning and prefer to go to sleep by a good time at night.

Of course, work demands and social activities will mean this will not always be the case. A few of us will naturally be night owls which means because of our genes, we function better towards mid-morning and prefer to go to bed in the early hours. The darker evenings mean that we tend to spend more time in front of our screens with our halogen light bulbs on. Both screens and halogen bulbs emit blue light which is what we should be exposed to in the morning light. At night it prevents the production of melatonin which is the repair hormone for the immune system and dysregulates our sleep-wake cycle. Ideally to help combat this you should come off the screens an hour before going to bed and dim the lights down.

The minute the temperature drops below a certain point, on goes the central heating. We live in a culture of convenience and we don’t like to get cold. Thermostats ensure that rooms are kept at a constant ambient temperature. But is this really to our advantage? The ability to adapt to external temperatures is essential to our survival and it is this adaptability that is essential to our good health. Thermogenesis, or heat production, is regulated by the sympathetic nervous system and can account for large part of our energy output over the winter months. It is our brown fat tissue (BAT) that is responsible for keeping us warm but if we don’t use it we lose it! Essential brown fat can then be replaced by inflammatory white fat which can affect our immune system and our ability to ward off colds (5). It may therefore not be to our advantage to overprotect ourselves and our children by dressing too warmly when we go outside as we can lose our ability to thermoregulate. Heat production can be encouraged through the use of foods such as chilli, turmeric, oily fish and green tea. Try to make sure that you have some opportunity to exercise outside too.

Central heating may also cause congestion in our nasal passages by drying out the mucous membranes. Our nasal passages are our first line of defence against the onslaught of bacteria and viruses and drying them out can reduce our ability to fight infections.

Your winter tool kit to support your immune system

Rather than reaching for the many over-the-counter decongestants, analgesics, cough medicines and non-steroidal anti-inflammatory medications, there are a number of natural remedies that can help support your immune system during this time. Alongside vitamin D, vitamin C and zinc will also improve anti-microbial function reducing the risk, severity and duration of the infection. Pelargonium can be used at the first sign of an upper respiratory tract infection to help combat some of the symptoms associated with it such as a blocked or runny nose or sore throat (6). Unlike antibiotics, bacteria do not become resistant to it and it can fight viruses too. Lactoferrin is a nutritional supplement that can be used as an anti-bacterial, anti-viral, anti-fungal and anti-parasitic (7). Beta glucans are great as a preventative measure to help boost natural immunity and kick start the body’s own defence system A study published in the Journal of Sports Science and Medicine shows how the physical and emotional effects of stress caused by intense physical exercise and the resulting upper respiratory tract infections can be countered by beta glucans (8).

If you want to check out these supplements just click on the links below: