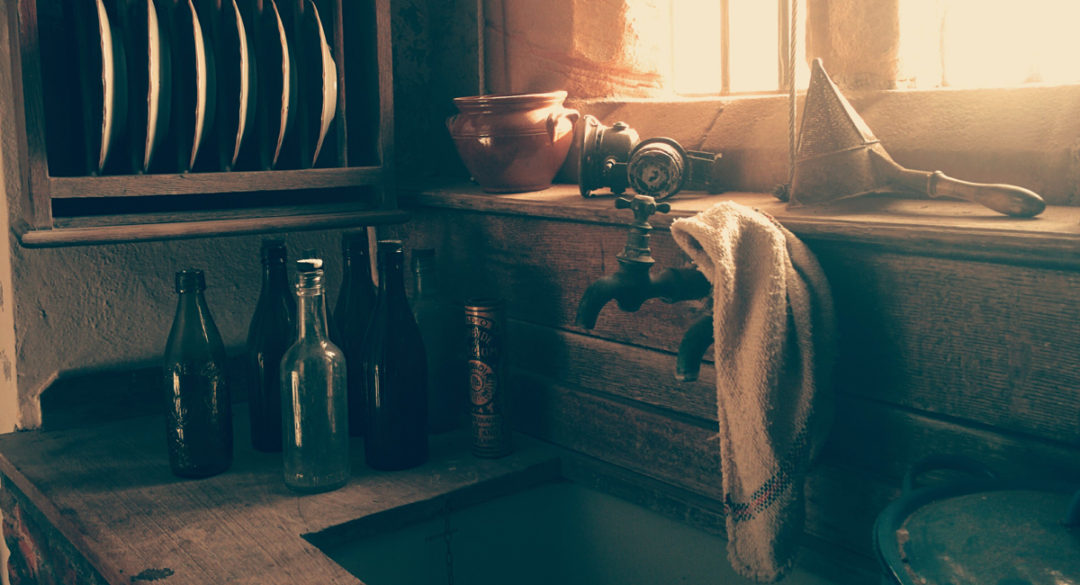 Water is arguably the most precious commodity on earth (other than love of course). And yet for most us in the west, we can afford to take this precious liquid for granted. We turn on the tap and there it is, gushing out and available for drinking, cooking and washing.

But how pure is this tap water? How does it compare with bottled water, filtered water or distilled water? Or is water just water and it doesn’t matter what you drink? Well, I can only tell you this has been the cause of a long standing argument in my house. I’ve always been concerned about what is contained in tap water and have tried to drink mostly bottled water over the years (although those plastic bottles are now known to leech chemicals into the water, as well as being an environmental disaster). My husband would happily drink tap water but in an attempt to keep the peace, arranged for someone to deliver huge water bottles to our house every couple of weeks for the last 15 years. Much cheaper than buying little bottles of water but even so, the amount we have spent on bottled water over the years doesn’t bear thinking about. Then a couple of years ago we figured out it would be more cost effective to have a water system installed that would take the nasties out of the tap water. In the long run it would definitely save us money even if we had to lay out a substantial sum to have it installed.

We immediately hit a problem. My husband found loads of systems that cleansed the water but none of them got rid of fluoride. And I absolutely refused to pay good money for a system that couldn’t do that. For me, fluoride is the deal breaker. Why, do I hear you ask? What’s wrong with fluoride? Doesn’t it help protect our teeth? Well I’m really glad you asked that because I would just love to give you a few facts about the stuff. First of all, not all areas in the UK have fluoride added to their water but most raw water will contain a certain amount of naturally occurring fluoride. This is the case for the area where we live in London. And of course, it’s always possible that the powers that be could decide to add fluoride at any time. The addition of fluoride is still wide spread in the US.

In 2014 Lancet Neurology released a study that classified fluoride as a developmental neurotoxin. A previous study showed that children exposed to fluoride had a lower IQ by up to seven points! Another test showed a link between fluoridation and diabetes. The effects of fluoride are cumulative which means consuming it daily via your tap water may lead to increasingly worsening symptoms of fluoride poisoning (thyroid dysfunction, weight gain and depression for example). And what about fluorides’ supposed ability to significantly prevent tooth decay? Studies have shown that many children in low income communities have severe oral health crises despite decades of water fluoridation. I can only tell you that my son, now 23, has never knowingly drunk fluoridated water and has always used non fluoride toothpaste and doesn’t have a single cavity in his mouth. And trust me, his diet is a horror story as far as I’m concerned. He loves sodas and is a sugar addict. My husband and I, on the other hand, were raised with fluoride and both have fillings in every tooth. Case closed as far as I’m concerned.

So what else is in our tap water? It’s important to understand that tap water is treated with a large number of chemicals to kill bacteria and other micro-organisms. It also contains other undesirable contaminants like hormones and pesticides. It tends to become contaminated as well by chemicals or microbes within pipes. UK tap water also breaches EU legislation for levels of Methaldehyde (slug poison). In other words it’s completely gross as well as not legally fit for consumption.

The story has a happy ending in my household thankfully. My husband, bless him, (albeit motivated to get rid of those expensive, cumbersome bottles of water) did months of research and finally found a system his tiresome wife would approve of.

We found the RODI (reverse osmosis with de-ionisation) drinking water system. Besides removing fluoride it removes 99.9% of all contaminants found in tap water and claims to produce the purest, healthiest drinking water. It is purer than bottled water and because it’s water from your tap, hugely reduces the carbon footprint from bottled water, making it very environmentally sound. They have a variety of systems of varying price and capacities. We installed the Aquilite system which consists of a smallish pump under the sink and a compact tank which serves the kitchen. We never run out of water as the tank refills fast as we use it.

After years of drinking bottled water I’m having to once again get used to the taste of tap water. Not stale, unsavoury tap water, but pure, clean, chemical free tap water which definitely improves the taste.

We got ours from The Pure H2O Company who specialise in RODI since introducing it to the UK in the 1980’s. They were incredibly helpful ( you can imagine me with all my questions) and installed the system quickly and with minimal fuss. You can also rent the system instead of buy which is a great option if you don’t want to lay out too much money in one go.

I’m a VERY happy camper as is my husband who gives me weekly reminders on how much money we’re saving. Well worth the outlay in terms of savings on bottled water and of course, our health.