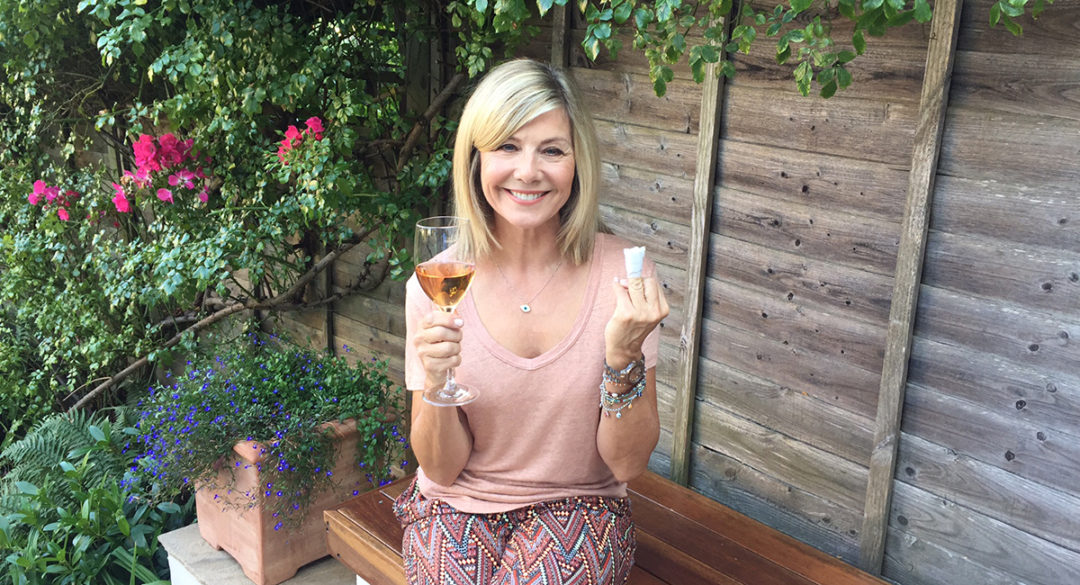 This last week came to an abrupt halt for me when I slammed my finger in the car door. For 3 days I was in and out of hospitals, stumbling around in a fog of pain, whoozy on painkillers which ended up making me feel really ill. If that wasn’t bad enough I was put on antibiotics, given a tetanus shot and had the finger pumped full of anaesthetic while they did a rather unpleasant procedure. Now to a medication avoiding, clean living, organic queen like me this was the equivalent of being thrown into a vat of toxic foaming bilge. But to be honest, with my finger feeling like it was going to drop off any second and a brain impaired by the ridiculous pain levels, I would have taken ANYTHING they gave me.

Then came the realisation that this little sucker was going to take months and not weeks to heal. I was told not to sweat for at least 2 weeks, not to get it wet for 4 weeks and of course exercising is off the cards for the moment other than walking (as long as I don’t sweat!). All this from one little finger?? Oh and by the way, showering one handed (marigolds fastened with an elastic band work well I find) is trickier than it sounds. As for washing hair? Forget it.

After about 3 days, when they had done all they were going to do to the finger, bandaging it up and telling me to return in a week, I began to think with a clearer brain. What could I do to mitigate the damage, speed up the healing and rid myself of all the toxins that had been pumped into me?

I feel that with all of the above I’m helping to rid myself of toxins that left in the body could cause all kinds of problems. I’m making sure I don’t use this as an excuse to become sedentary as I don’t want to undo all the work I’ve done on my fitness. It’s a lot easier to lose fitness than it is to gain it. And as I’m off the antibiotics now and on a good dose of Milk Thistle anyway, I’m cracking open the wine and sitting outside with a nice glass of rosé watching my tomatoes grow. And playing with my phone of course.

( PS I went to have my bandage changed after the first week and it looks like all of the above is working. I couldn’t believe that most of the swelling and bruising is gone and the nurse said the nail bed was healing very efficiently and quickly. Hoorah! She also mentioned that how quickly one heals depends on how healthy one is. So hoorah again. At times like this, it all feels well worth it. As you can see in the photo, my big huge finger bandage has been replaced by a nice neat small one just over the tip. So much better for holding that glass of wine. )